HIVE has created music and sound for screen works by artists and film-makers. Below are some examples of these live and recorded sound track projects.

The live score contained texts chosen by HIVE Choir in response to feminist movements, amplified with megaphones and augmented with sounds from handheld radios. 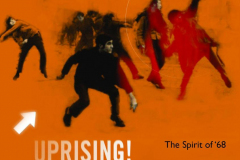 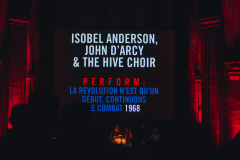 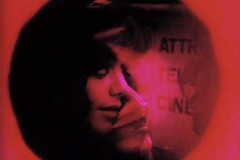 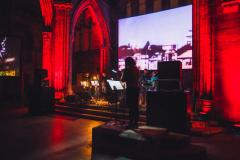 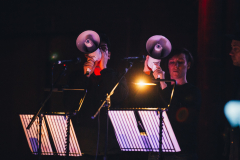 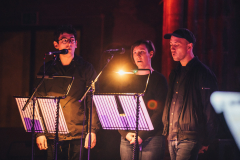 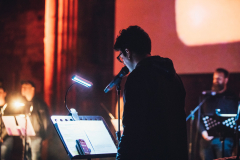 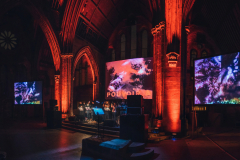 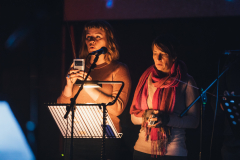 Performed at Uprising: The Spirit of ’68 for Belfast Film Festival and BFI Film Audience Network.

In 2019, HIVE Choir collaborated with visual artist Nollaig Molloy to create sounds for a video artwork of hand gestures demonstrating the motions of traditional Irish crafting techniques. The resulting video was Hand to Mouth.

Hand to Mouth was exhibited at Normal Position, Show Position, Platform Arts, Belfast 2019. HIVE performed live with the video at the exhibition opening.

More information on Hand to Mouth

Roonivoolin Unnamed Road is film by Dawn Richardson and Jonathan Brennan produced on Rathlin Island in May 2022 for NI Mental Health Arts Festival.

HIVE was invited along with artists Barry Cullen, Johanna Leech and Cathaoir Cassidy to participate in a residency on Raithlinn Island where improvised performances would be situated on a trek around the roads of the island. HIVE worked with traditional Irish folk songs The Saddest Breeze, We’re All Bound to Go, At the Dawn of the Morning, Herring the King, and Lowlands Away.

Visual artist, and member of HIVE Choir, Nollaig Molloy produced video work Retreat to Stone, Stone in Retreat for Catalyst Arts as part of their Graduate Award Show 2020. The video work is an audiovisual exploration of three sites in Nollaig’s rural locality, with a vocal score performed by HIVE Choir.

For the vocal score, fragments of language within legislation pertaining to the protection of these sites have been rearranged with other formal texts to compose a vocal response. The work offers a range of perspectives that Molloy explores by juxtaposing digital mapping systems against recordings that frame the sensitivity of basic human interactions with nature.

Day was Departing was composed by Didem Coskunseven, with vocal contributions from HIVE Choir. While working remotely during the COVID-19 pandemic, the members of HIVE Choir recorded Coskunseven sampled original recordings of HIVE Choir within an electronic soundscape accompanying a live performance by tenor Vivien Simon and a dance film by Inès Cherifi. The work was premiered at IRCAM Paris in June 2021.